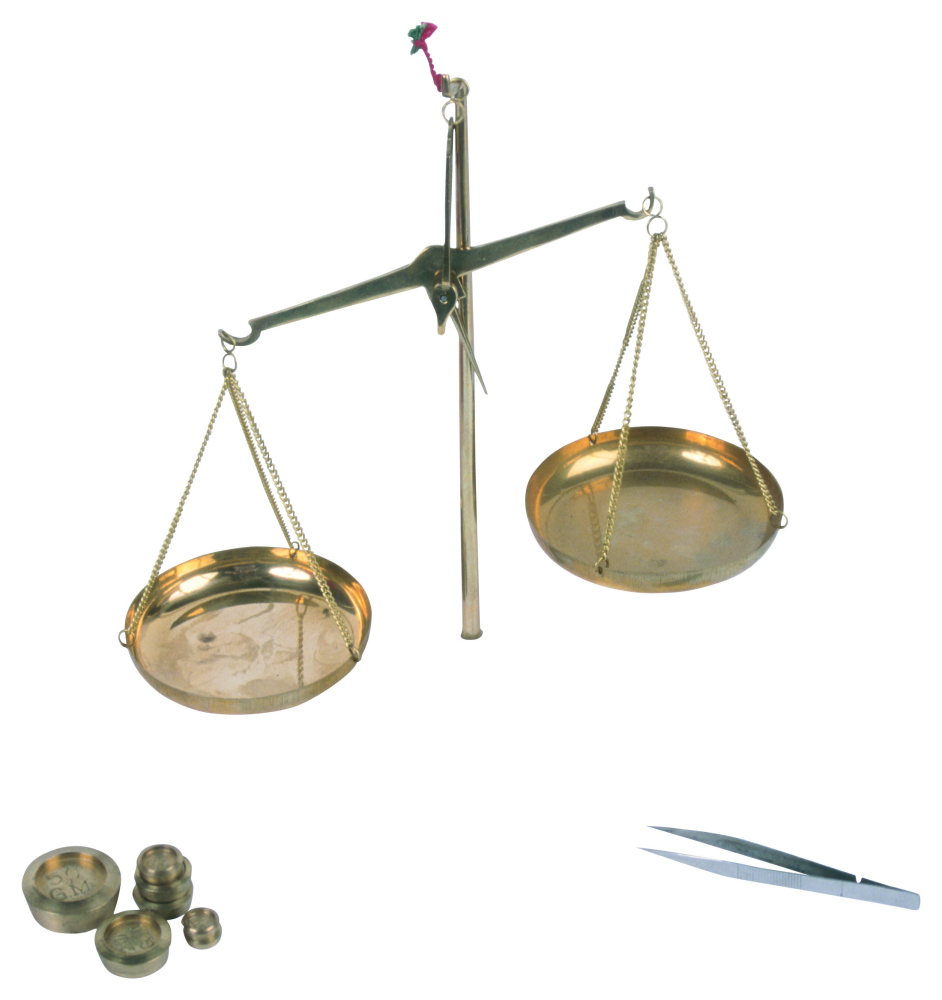 When someone dies without leaving a Will, what happens to their property is controlled by laws known as the Intestacy Rules.

A brief summary of the rules is that, when there is no Will, property goes to the nearest relative or relatives. The order of priority is a wife or husband, then children, then parents, then brothers and sisters and so on.

But there can be complications.

Unmarried couples get nothing from the others estate unless they have a valid Civil Partnership.

Jointly owned property may go to the other owner...or not, depending on how it was owned.

Sometimes other dependants can make a claim.

If you have lost someone close to you who has not left a Will and you want sensible, experienced help, call us on 020 3633 4060. We will sort it all out for you.

The Intestacy Rules in full:

Surviving spouse’s rights where there is no issue.

If the intestate leaves no issue but leaves a parent, brother or sister of the whole blood or issue of a brother or sister of the whole blood the surviving spouse takes (regardless of their value) the personal chattels, a fixed net sum absolutely, subject (in the case of an intestate dying on or after 1 January 1996) to surviving the intestate by the period of 28 days beginning with the day on which the intestate died, free of inheritance tax and costs, and with interest primarily payable out of income at 6 per cent per annum until paid or appropriated and, subject to providing for that sum and the interest on it, the residuary estate is held as to one-half in trust for the surviving spouse absolutely.

If the intestate leaves issue, the surviving spouse, if surviving the intestate by the period of 28 days beginning with the day on which the intestate died, takes the personal chattels, a fixed net sum absolutely, free of inheritance tax and costs, and with interest primarily payable out of income at 6 per cent per annum until paid or appropriated, and a life interest in half the remainder. If the trusts in favour of the intestate’s issue fail because no child or other issue attains an absolutely vested interest, the residuary estate devolves as if the intestate had died without leaving issue.

Restriction on sale of matrimonial home.

During the 12 months within which the written notice must be served the personal representative may only sell or otherwise dispose of the dwelling house with the written consent of the surviving spouse, or in the course of administration owing to want of other assets, or by the authority of the court to which he can apply at any time to have the matter determined. These provisions do not confer any right on the surviving spouse as against a purchaser from the personal representative.

If, on the death of one of the parties to a marriage, a decree of judicial separation is in force, the property of the deceased spouse passes on intestacy as if the other party to the marriage had then been dead. An order that one party to a marriage be no longer bound to cohabit does not for this purpose have effect as a decree of judicial separation. This, however, is only the position where the death occurred on or after 1 August 1970. Before that date, and now in the case of intestate distribution by reference to a death before 1 August 1970, only property of a wife acquired since the date of decree passes on intestacy in this manner. On the other hand, a wife who had been judicially separated from her husband was entitled on his death intestate to her interests in his property under the ordinary rules.

A covenant by a wife in a separation deed that she would accept an annuity in lieu of her rights at common law or by custom in her husband’s estate on his death did not necessarily bar her claim to her interest on an intestacy.

Where a marriage is null or has been annulled or dissolved by a decree absolute of divorce, on the death intestate of one party to the marriage the other is not a surviving husband or wife and therefore takes no interest in the estate

The life interest of a surviving spouse in part of the residuary estate, while it is in possession, must, if the surviving spouse so elects, be purchased or redeemed by the personal representative by paying its capital value to the tenant for life or the persons deriving title under the tenant for life, and the costs of the transaction and the residuary estate may then be dealt with and distributed free from the life interest.

Conditions for election to redeem.

An election to redeem a life interest is only exercisable if at the time of the election the whole of the part of the residuary estate concerned consists of property in possession. A life interest in property partly in possession and partly not is treated as consisting of two separate life interests in those respective parts of the property. An election must be exercised within 12 months from the date on which a general grant of representation is first taken out unless the court extends this period. The election, which is irrevocable except with the consent of the personal representative and can be effectively made by a tenant for life who is a minor, must be notified in writing to the personal representative, except where the tenant for life is the sole personal representative, when written notice must be given to the senior registrar.

Where the surviving spouse of an intestate exercises the right to redeem the life interest in his residuary estate, the capital value of the interest is reckoned in such manner as the Lord Chancellor may by order direct. There must be ascertained by reference to the index compiled by the Financial Times, the Institute of Actuaries and the Faculty of Actuaries the average gross redemption yield on medium coupon 15-year Government Stocks at the date on which the election was exercised or, if the index was not compiled on that date, by reference to the index on the last date before that date on which it was compiled. There should then be selected the column in the relevant actuarial table which corresponds with the average gross redemption so ascertained and the appropriate multiplier identified by taking the figure appearing in that column opposite the age which the surviving spouse had attained at the date on which the election was exercised. Finally, the capital value of the life interest is calculated by taking the product of the value of the part of the residuary estate (whether or not yielding income) in respect of which the election has been exercised and the multiplier so identified.

The income of so much of the real and personal estate of the deceased as may not be disposed of by his will, if any, or may not be required for administration purposes, may,
however such estate is invested, as from the death of the deceased, be treated and applied as income, and for that purpose any necessary apportionment may be made between tenant for life and remainderman, that is, the surviving spouse and issue.

Barring a widow’s claim to benefit.

A widow’s claim to benefit in her husband’s estate on his intestacy may be barred wholly or partially by the terms of a covenant or settlement if provision is made by it for the wife upon the husband’s death or by the terms of his will where he has died partially intestate.

If a man by his will gives property to his wife and declares that it is to be taken in satisfaction of her rights under his intestacy, and dies partially intestate, her rights in respect of the property as to which he has died intestate are determined by considering whether the intestacy appears to have been accidental or intentional. If the husband has on the face of his will disposed of all his property, but in the events which have happened part of it does not pass by his will, it is considered that he did not intend his wife to be in any worse position than his next of kin, and she takes her share of the property which is undisposed of. Where, however, the intestacy is apparent on the face of the will, it is considered that he deliberately left the property to pass to his statutory next of kin in reliance on the exclusion of his wife by the declaration contained in his will, and she is therefore barred of her share under the intestacy.

Rights of other Relatives

Parents where there is a surviving spouse

Parents where there is no surviving spouse

Where the intestate leaves no husband or wife who survives the intestate by the period of 28 days or, in the case of deaths before 1996 where the intestate leaves no surviving spouse and leaves a parent or parents but no issue, the parents take the residuary estate in equal shares absolutely; or if there is only one that parent takes the whole absolutely. The parents to take must be relations in blood and therefore step-parents and parents by marriage are excluded. The rights of succession to a legitimated person dying intestate and the rights of the mother of an illegitimate child dying intestate are considered elsewhere.

Other relatives where there is a surviving spouse

Other relatives where there is no surviving spouse

Where the intestate does not leave a spouse who survives by the period of 28 days beginning with the date of the intestate’s death and leaves neither issue nor parent then the residuary estate goes to the following persons living at the intestate’s death and in the following order and manner: (1) brothers and sisters of the whole blood; (2) brothers and sisters of the half blood; (3) grandparents; (4) uncles and aunts of the whole blood; (5) uncles and aunts of the half blood. With the exception of grandparents who, like parents, must take absolutely, these classes of relatives take upon trusts corresponding to the statutory trusts for the issue of the intestate (other than the provision for bringing any money or property into account), as if such classes of relatives were substituted for issue in those trusts. Accordingly, if there survive the intestate members of any one of the classes, or (except in the case of grandparents) descendants, however remote, of members who have predeceased the intestate, they take per stirpes to the exclusion of every class later in the list.

Throughout these provisions a husband and wife are to be treated as two persons. A direction by a testator that his estate is not to go to any of the persons entitled under the foregoing provisions is ineffective if he died intestate, for he cannot override the law, but he may direct that, in case of his dying intestate, some persons included are not to take.